Are you interested in using your gaming laptop for more than just gaming? You’re not alone. Gaming laptops are built for performance which is not limited to just the realm of gaming.

If you’re an aspiring photographer or video editor and wondering if you can use a gaming laptop for photo and video editing, we’ll be answering that question and so much more down below!

Can You Use a Gaming Laptop for Photo and Video Editing?

Yes! You can use a gaming laptop for both photo and video editing. Gaming laptops, especially those on the higher end, come equipped with 6 – 10 core CPUs, a decent amount of ram, and a dedicated graphics card. All of these are important for any photo editing or video editing software as they depend on more resources to process rendering and other factors. This is a great way to save money if you’re into the hobby of gaming but also would like to create on the same device.

The Specs a Gaming Laptop Needs To Edit Photos Effectively

So, now you know our immediate answer to can you use a gaming laptop for photo and video editing but let’s focus a bit on each topic starting with photo editing. We’ve had a number of writers on our team that run YouTube Channels, podcasts, and everything in between that require photo manipulation.

As we love to save money wherever possible, purchasing a machine for more than one use is a practical desire and one we fully support. As such, we quickly learned how to pick a machine that is perfect for photo editing and gaming as well. Here are the specs we look for in a machine suited for both:

As you can tell, these specs are on the lower to mid-tier meaning a gaming laptop in this range won’t break the bank. Why not higher specs?

Photo editing software typically doesn’t need as much processing power as video editing software. This is because the image file sizes you’ll be working with are very small compared to the large sizes of most video files. The most important specs for these machines are their CPU and their RAM (and obviously a quality display).

The two biggest pushes on the system we’ve noticed while editing images are typically when the image size gets very large (higher resolution images) or there are a lot of layers to process within a single project. These are bottlenecked by the CPU and RAM so ensure those are at least up to snuff.  There are a lot of benefits to going with a gaming laptop and we’re excited to share them with you!

The Perks of Using a Gaming Laptop for Photo Editing 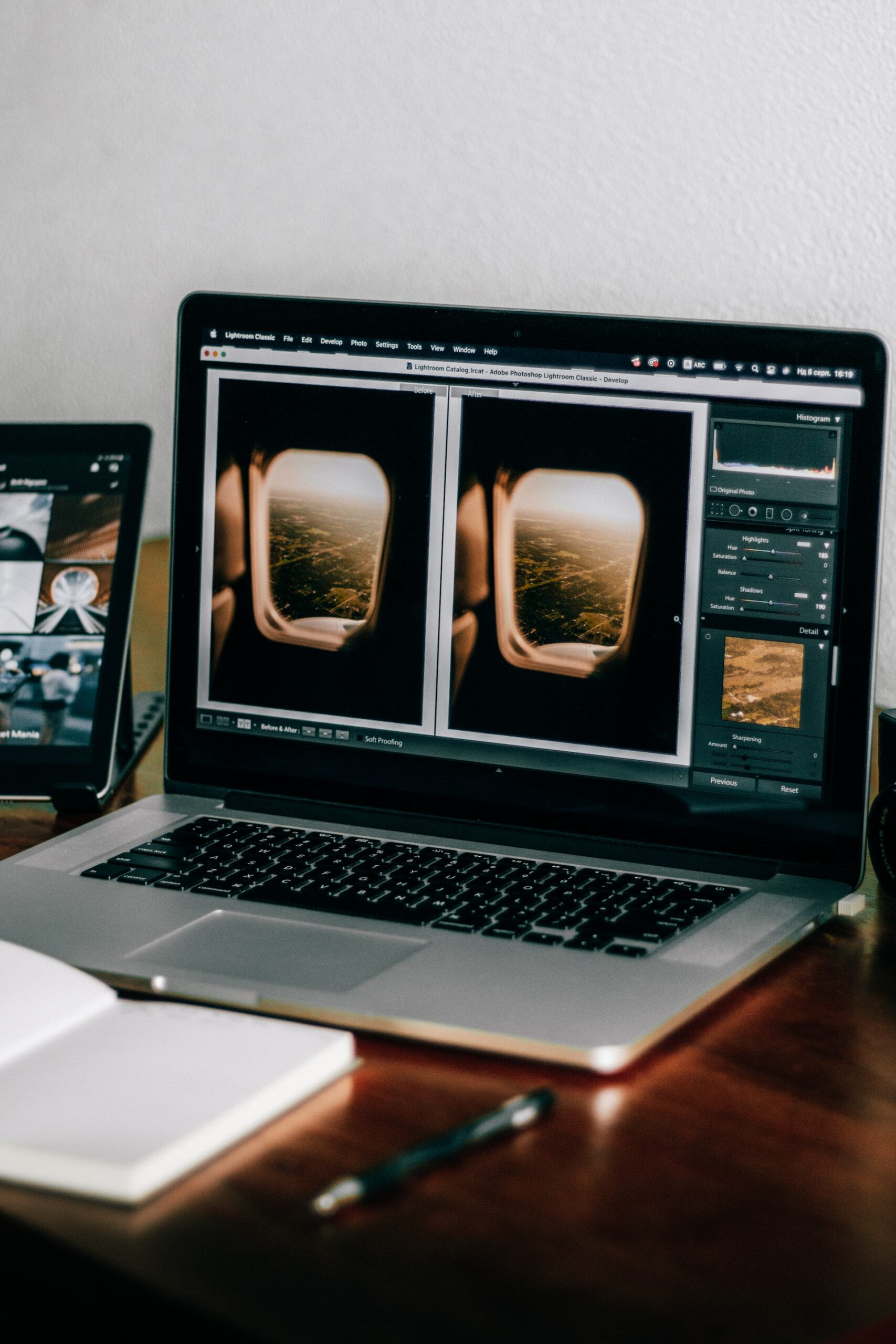 While this is probably already evident, here are the reasons we think using a gaming laptop for photo editing is a great idea:

Let’s talk a bit more about that last point. While we are primarily discussing editing photos, programs such as Photoshop also allow you to draw directly onto the layer. Most artists will opt to pick up a drawing tablet to perform this work and gaming laptops make this a breeze.

Most drawing tablets suffer from at least some latency. Gaming laptops on average have higher refresh rates, syncing, and very low response time. This means that the latency experienced on other consumer laptops is less present on a machine built to prevent it. That’s a perk and a half!

While we heavily recommend using a gaming laptop for both photo editing and drawing as well, we wouldn’t feel right if we didn’t share some of the downfalls of this kind of setup.

The Pains of Using a Gaming Laptop for Photo Editing

To be clear, the answer to whether you can use a gaming laptop for photo and video editing can also come down to personal preference. Here are a few gripes we have about using a gaming laptop with photo editing software:

On that last point, we LOVE working with multiple monitors. Whether it’s writing, photo editing, video editing, or even just gaming – having more dedicated screens help with both workflow and compartmentalization.

We have met plenty of people who are wizards on one monitor using shortcuts to go back and forth quickly and get the job done. However, when it comes to photo editing, drawing, or video editing – having at least a second monitor helps with referencing, monitoring, and lots more.

As such, this is the biggest downside for editing photos on a gaming laptop as even if you invest in additional monitors, they will more than likely be running off of the CPU’s built-in graphics versus the dedicated graphics card. This may not be a huge deal for some as the processing will still be done on the laptop but really lowers the value of the great GPU included.

However, if you’re like us and those gripes don’t get to you much then you’ll love editing photos on a gaming laptop. So how about video editing?

The Specs a Gaming Laptop Needs To Edit Videos Effectively

Unlike photo editing, video editing is a lot more intensive all around. Luckily, we’ve edited all kinds of videos using Adobe Premiere Pro as well as used After Effects for post-editing and Audition for audio editing.

Here are the specs we recommend for a gaming laptop that doubles as a video editing machine. These are focused on editing of 4K video to help future proof any investments:

Unlike photo editing, all components of a gaming laptop are used when video editing, especially when it comes to Premiere Pro or After Effects. As you can tell, these are relegated to the higher-priced ranges as a higher-tier machine will need to be used for video editing.

To break it down a bit, any of the above not being met means slower clip previews, slower rendering time, and overall slower performance as you begin adding transitions, effects, audio tracks, and everything in between. What may surprise some is the 500GB and 1 – 2 TB recommendation for storage space. That was not a typo.

Premiere Pro (and most editing software) uses what’s called a scratch disk. This is where the software holds temporary copies, change history, and other items that don’t fit within your system’s RAM. IE, the more changes you make in your video, the more scratch disk space you need to hold that history.

We recommend setting the smaller drive to your scratch disk and the larger one for storage of raw footage, etc. Remember when it comes to video editing, speed and performance are king so go for an SSD over HDD all day (if you can afford it). We kind of dig video editing on a gaming laptop though.

The Dream of Using a Gaming Laptop for Video Editing 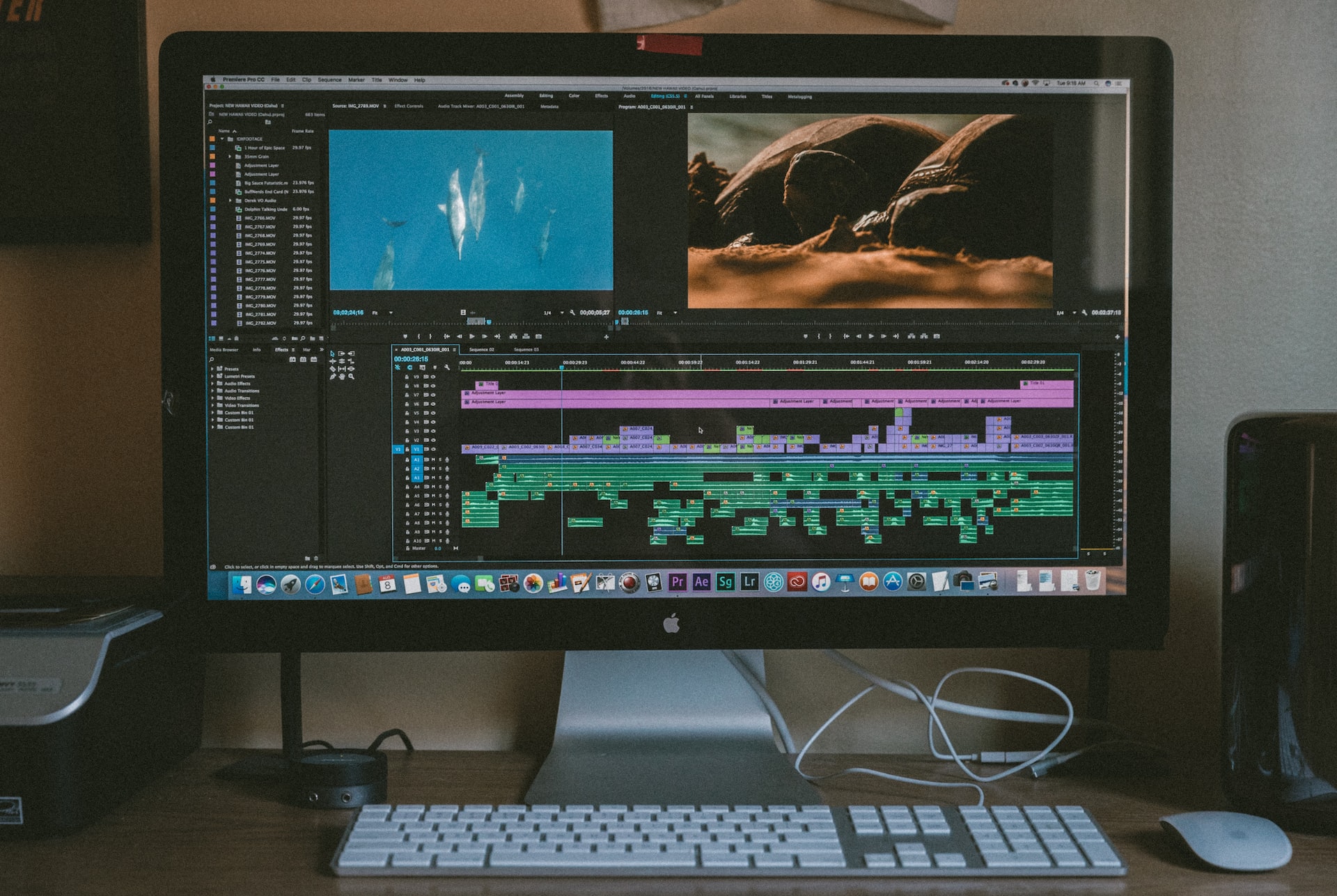 Imagine you’re a gaming YouTuber who posts content regularly. One day your internet goes out in your neighborhood but you promised your fans daily videos! With a gaming laptop, you can easily go to another part of town, jump on the Wi-Fi, and edit then upload your latest masterpiece.

That just isn’t feasible with a desktop. Outside of portability though, there are a few other features that really give it the edge over traditional workstation laptops:

One thing we didn’t mention during the photo editing section is the support provided by manufacturers such as Nvidia. Nvidia makes a wide range of GPUs which previously included the Quadro series. This series focused on providing the most Cuda cores possible which help with rendering in both video and photo editing.

Basically, Cuda cores are graphical processors found in pretty much all GPUs capable of tackling more complex visual functions such as 3D model rendering, etc. Why do we bring this up? Currently, the latest version of Nvidia’s business GPU series, the RTX A6000 features 10752 cuda cores while the RTX 3080 Ti, often found in high-end gaming laptops, features 10240 Cuda cores.

That’s pretty dang decent for a consumer-grade machine! Now, don’t get us wrong, the A6000 also has 48GB of GDDR6 so the 3080Ti won’t beat it there, but in terms of raw processing power, it’s a great trade at a margin of the price.

With this in mind, it’s easy to recommend a gaming laptop for video editing as on average, you’ll get more bang for your buck than buying the equivalent in desktop format. So here’s what we hate about it…

The Despair of Using a Gaming Laptop for Video Editing

While the benefits are clear, the biggest hurdle for using a gaming laptop for video editing is the price of entry. You’re not going to be able to edit videos on a budget machine without some compromises, although, there are some excellent budget laptops for video editing.

One of our guys has set their premiere to ingest footage upon import which converts the clip(s) to a lightweight proxy – this allows them to edit on a lower-end machine.

The problem with this ingestion method is the footage has to be fully ingested before it can be manipulated which can take up to a few hours (or longer) depending on the length and size of the footage to be converted.

Another gripe that comes up is unlike with photo editing where once you click save, you’re done – exporting a video will completely hog up your machine’s resources. This means that if your gaming laptop is the only way you play games, you’ll be stuck waiting till it’s done before you can jump back into a match.

Depending on your situation, either of these could be dealbreakers for you. Especially if you are unable to make the investment for a higher-end machine to start. However, should you take the leap, you’ll find yourself with a powerful gaming and video editing machine all in one package.

Should you want to do video editing instead, invest in a machine that has a 6-core @ 2.5GHz CPU, 32 GB of RAM, a combination of 2 storage drives, and a good video card with 6 GB of VRAM or more. There are plenty of benefits to both and you’ll love the freedom of editing on the road!