If you’re looking to get into VR, then Vive and Oculus should both be names you are already familiar with. From the original Oculus Rift and HTC Vive which were released in 2016, we really have come a long way.

But if you’re looking to get into VR today, which VR headset should you get: The HTC Vive Pro 2, or the Oculus Quest 2? Both of them have major pros and cons which we’re going to discuss today, and so by the end of this article, you should know which one suits your needs better.

First, we are going to break down the devices’ key features. Then, we will move on to a slightly more in-depth look at each one. In today’s VR ecosystem the Oculus Quest 2 and HTC Vive Pro 2 are both well-considered headsets.

However, the Quest 2 is designed to be primarily a standalone/on-the-go VR headset while the Vive Pro 2 is designed for use with a powerful PC.

Because of this, they shine in different areas, and as we already mentioned, each has its own set of strengths and weaknesses. However, we believe there is a clearly superior choice between the two.

Let’s start by looking at some of the specs of the HTC Vive Pro 2:

A wide FoV along with its 5k capabilities and 120hz refresh rate can lead to some truly immersive visuals. However, the Vive Pro 2 does require you have a fairly modern computer in order to use it. If you want to run games in full resolution, here’s what you’re going to need:

⦁ DisplayPort 1.4 or higher with DSC

If you don’t already have a powerful enough PC, then the price to get into the HTC Vive Pro 2 can be quite high. Let’s compare this to the Oculus Quest 2’s specs. Keep in mind that the Quest 2 is designed for use without a PC, though it can be connected to one:

As you can see, the Quest 2 is slightly smaller than the Vive Pro 2, and in our experience, less cumbersome. It also runs at a slightly lower refresh rate and resolution than the Vive Pro 2. From here, let’s take a closer look at each choice individually. 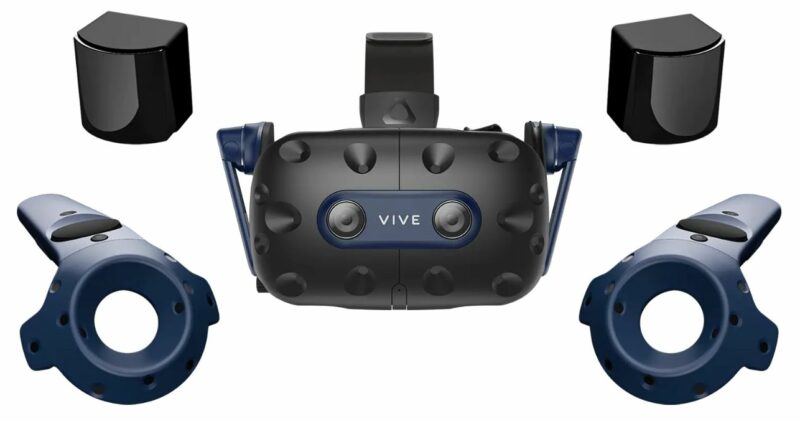 The first thing to talk about with the Vive Pro 2 is the price tag. Coming in at $799 for the headset, and $1399 for the full kit. Even if you spring for the full kit, it does not include the Vive Trackers, facial trackers, or the wireless adapter, which can all add up to close to two grand.

This makes the Vive Pro 2 significantly more expensive than the Quest 2, especially if you want all of the bells and whistles. This, on top of needing an already powerful PC, makes the barrier to entry much higher than the Quest 2.

The Vive Pro 2 continues to use the same headset design from the first Vive Pro. This is great in the areas where the headset shined. Stuff like the counterweight in the back, adjustable head strap, and adjustable IPD are welcome in their return.

However, not all of the returning design features are welcome. The less-than-comfortable headphones, poor quality microphones, and overall bulk of the headset are also back from the original Vive Pro.

Furthermore, the headset isn’t entirely uncomfortable, and in our experience, we didn’t notice any discomfort until the headset had been on for a while. But for any VR sessions lasting more than an hour or two, you will start to realize how much that extra heft plays a factor.

Your purchase of the Vive Pro 2 or Vive Pro 2 full kit will also come with a 2-month Viveport membership. This is HTC/Vive’s game service, though a two-month membership will not give you access to the full catalog. 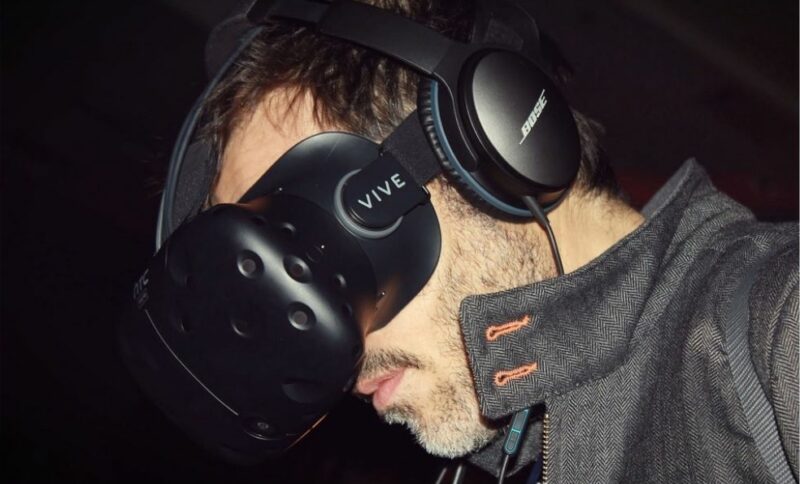 The next thing you’re probably wondering about is the actual performance. Not how it looks, but what it can do. Thankfully, this is one area where the Vive Pro 2 shines.

Since it was designed as a PCVR headset, it will be relying on your PC’s CPU/GPU, letting it focus on delivering the most immersive audio/visual experience possible. Its near 5k fidelity is truly impressive, especially if you have a PC that can drive that 120hz refresh rate.

In addition, the Vive Pro 2 also has a horizontal field of view that is just over 15 degrees wider than the Quest 2. This wider field of view and higher graphical fidelity adds a ton to the immersion, especially when playing already beautiful games like Shadow Legend VR or Half-Life: Alyx.

Unfortunately, despite how good the Vive Pro 2 performs, it is a fairly abysmal deal for the average person. Asking $800 for the headset is already a bit much, but the fact that at that price you don’t even get the controllers or base stations you need is a huge issue.

Of course, the Vive Pro 2 is compatible with Valve’s Index controllers and base stations. So, if you already have it, it may be a little more worth it to invest in the Vive Pro 2. Otherwise, maybe hold off until you hear what we have to say about the Quest 2.

For now, the bottom line on the Vive Pro 2 is this: It is a powerful PCVR headset with stunning visuals. Unfortunately, some outdated design choices and a high price point hold it back. If, however, you have a high-end PC already, and the money to spend on the Vive Pro 2, it does provide an unmatched, top-of-the-line experience.

Now, let’s talk about the Oculus Quest 2. As you may have figured out by now, our recommendation is going to go mostly in favor of the Quest 2. Other than a few downsides that we will touch on, it is a near-perfect all-in-one VR headset that won’t cost you an arm and a leg.

Initially released in October of 2020, the Quest 2’s most obvious flaw is that it requires a linked Facebook account. While this won’t be a major issue for some, the issues surrounding accounts getting banned and the loss of entire game libraries should be disconcerting.

Despite this, and a few other issues we will mention, at a starting price of $299, plus all the other features we will discuss, the Oculus Quest 2 is a wonderful choice for anyone interested in an affordable VR experience.

The Quest 2 also boasts a fairly similar design to the original Quest, however, it is less of an issue in this case. One complaint we can make is that the head strap can feel a little lacking in certain games. Otherwise, the significantly smaller headset fits well and never became noticeably burdensome.

Instead of actual headphones, the Quest 2 has inline speakers or the option to connect your own headphones. This leads to a greater degree of control over your audio experience, and in our time with both headsets, is far more comfortable.

On that note, make sure to also check out our article where we compared the lightest gaming headsets which would definitely be a welcomed addition for the Quest 2.

Another major point in favor of the Quest 2 is the inclusion of the Oculus Link. A cable to connect your Quest 2 to any compatible PC, turning it into a PCVR headset for SteamVR games.

While it won’t meet the performance levels of the Vive Pro 2 in terms of refresh rate or resolution, you will see a noticeable increase when connected via Oculus Link compared to standalone.

Moving up to the Snapdragon XR2 chip was a massive boon to the Quest 2. Its predecessor, the original Quest, was using the Snapdragon 835, a smartphone processor with 4GB of RAM. The XR2 offers 6GB of RAM, along with various other improvements.

The Quest 2 also features a resolution with 50% more pixels than the original Quest. While it doesn’t quite match up to the 5K resolution that the Vive Pro 2 has to offer, it is quite the step up from the previous quest. With a combined resolution of 3648 x 1840, almost 4k, the Quest 2 still looks amazing.

Now, since it is a standalone headset, the Quest 2 uses an internal rechargeable battery, with an estimated 2-3 hours of use time per charge. However, you can also use the Oculus Link (sold separately) to connect your Quest 2 to your PC. The requirements and supported devices can be viewed here.

It should also be noted that when the Quest 2 originally launched it was locked in at 72Hz. Since then it has been updated to support the slightly higher 90Hz refresh rate. 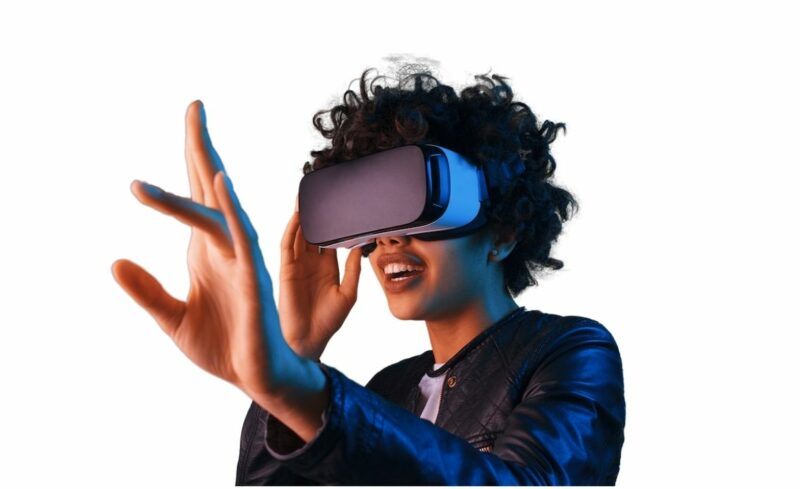 In our opinion, the Oculus Quest 2 is the clear winner in the value department. Coming in at just $299 for the base model, and that includes the controllers and one battery for each. The controller batteries being removable instead of internal is a point of annoyance, but overall the value is stellar.

Of course, the Quest 2 also comes with a whole host of accessories and extras that can drive the price up, but even with all of them, they don’t even begin to approach the price of the Vive Pro 2.

So, Which One Should You Buy?

Now that we’ve covered a little bit more about each device, and its unique flaws/advantages, which one should you get? The high-performing HTC Vive Pro 2 or the budget-friendly Oculus Quest 2? Our personal recommendation is the Oculus Quest 2.

Whether you’re just getting into VR, or you already have a couple of headsets laying around, the Quest 2 is an excellent mix of value and power. It does have some unique issues with the Facebook requirements, but if that isn’t an issue for you, then it’s hard to find any major complaints with the Quest 2.

That is not to say the Vive Pro 2 is a bad VR headset. In fact, it is the most graphically stunning headset on the market. However, the previously discussed issues with the headset design and price are compounded when compared to the wonderful Quest 2.

Which one is your favorite? Let us know in the comment section below! And, if you have any additional questions, feel free to reach out to us and we will be more than happy to help you out.

About Richard Gamin 163 Articles
My name's Richard and over the years, I have personally built many PCs for myself and my friends. I love gaming, programming, graphics designing and basically anything that has to do with computers and technology. If you ever need a hand with anything, feel free to contact me and I will be more than happy to help you out.
Website