The typical PC users will often start looking up how to upgrade BIOS/UEFI whenever they are about to (or already did) purchase a new component for their rig – for example a new CPU, and they start experiencing stabillity issues. New CPUs (and different components for that matter) often require a newer version of BIOS to be installed.

Even if you’ve successfully chosen a CPU with the right socket for your motherboard, that often doesn’t mean it will be fully compatible. It also has to have compatible software to guarantee a smooth ride meaning you will have to install a BIOS version which is supported by your new CPU, as well.

The reason for a BIOS update is not only to ensure compatibility with newer hardware but also to remove software issues and add new features and functionalities. Newer versions of BIOS are being introduced quite often on the manufacturers’ websites. You can easily find them on the official product page – look for a support section and find BIOS/Firmware: 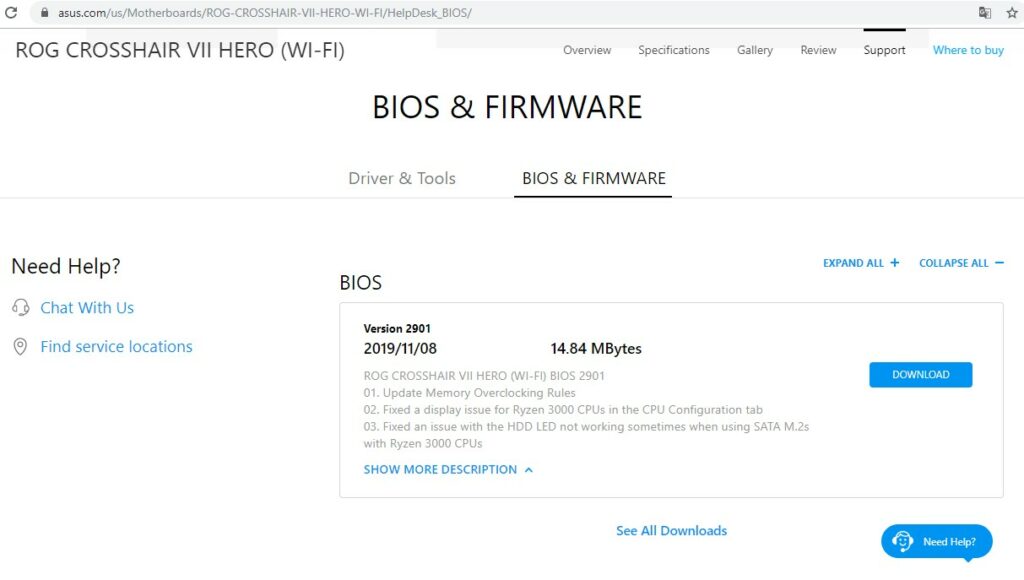 However, if your PC is running without any issues and you are not looking to replace any of your components anytime soon, don’t bother updating you’ve BIOS. Why? Firstly, if you mess up something during the updating process it can lead to further problems and secondly, there is no reason for you to update your BIOS just because there is a newer version available. If it ain’t broke don’t fix it

There Are Two Ways To Update Your BIOS

Alright, now that we know why to update your BIOS and where to download it, lets go over the actual process of updating BIOS in your computer.

There is two ways you’ve can update your BIOS:

The first option to update your BIOS is done in BIOS. This is the way we recommend you doing it, since it is more secure and its not as difficult as it seems to be.

All the newer version of BIOS have the option in the menu to perform a BIOS/UEFI update (Tools -EZ Flash/M-flash/Q-flash). In this case you will only need to make sure you’ve downloaded the correct version of BIOS from your motherboard manufacturer’s website.

Typically, the files you download are wrapped and all you’ll need to do is to right click on it and extract the files. Once you that, simply put the files on a flash drive, plug your flash drive in one of the USB ports and reboot the system.

Once your system starts rebooting repeatedly press the BIOS key (typically delete or F8) to get inside the BIOS. Now that you’ve entered the BIOS, go to tools and then you will need to find the BIOS update option. Look for the word ”flash” – MSI uses M-flash, ASUS EZ Flash and Gigabyte uses Q-Flash. Click on it and then just simply select the BIOS file you’ve previously downloaded and accept the prompt that pops up. 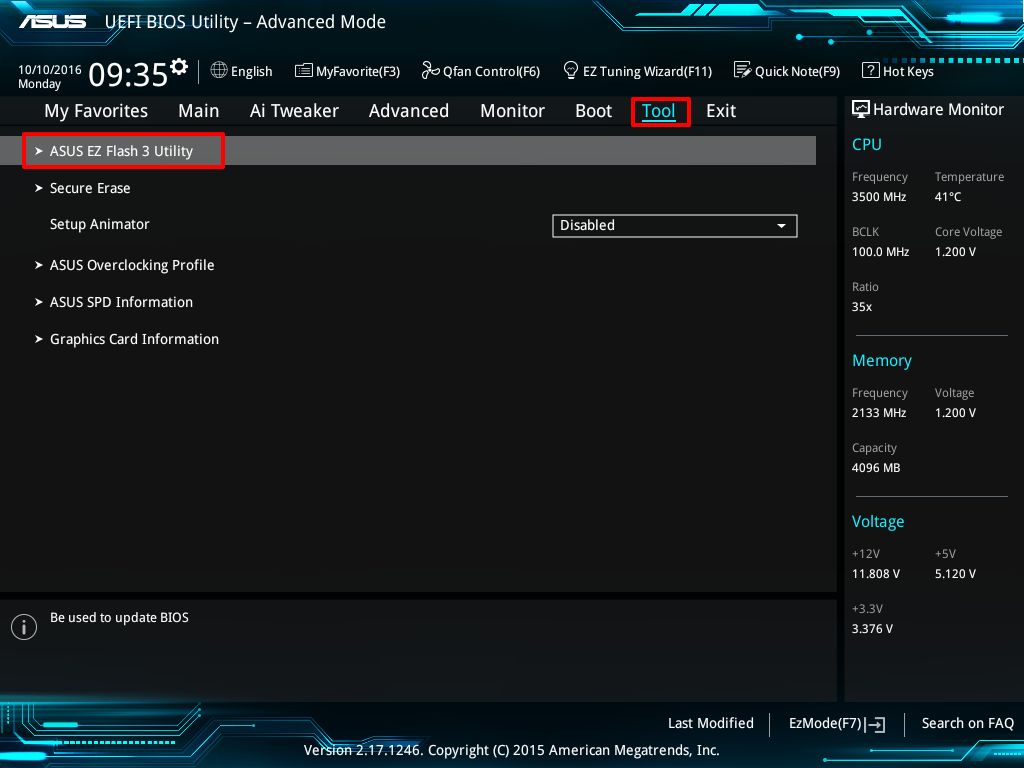 Your BIOS will start the update. Now, you’ll just have to wait a couple of moments, let the PC finish and Wah Lah, your BIOS has been updated.

Updating BIOS within an operating system is generally easier, since it doesn’t require you to access the actual BIOS when you’re starting your PC, nor having a USB drive.

If you decide to update your BIOS from your OS, almost all manufacturer’s offer a utility which is easy to download and execute the update within it. Though you still need to know your motherboard model to find the right BIOS version. The procedure is basically the same, but like I said before, the only difference is that you’ve don’t need to have a flash drive and go to your BIOS. 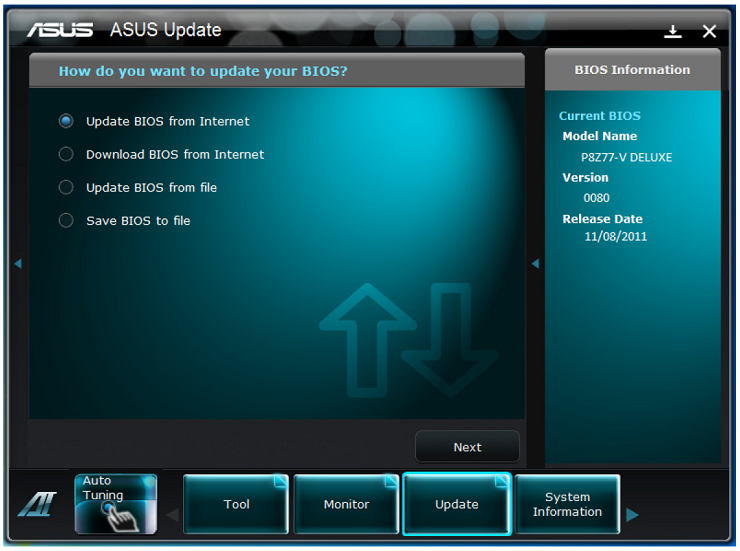 The downside to updating your BIOS withing your OS is that by doing that, you are putting yourself into a risk of running into different types of problems or unexpected errors, since your OS is less stable than your actual BIOS. If you decide to update your BIOS this way, make sure you put your system in the most stable state (make sure to end all programs on the backgrounds, don’t be browsing on the internet during the process, etc.)

All motherboards have typically a walkthrough on how to update BIOS in the user’s manual you get when you purchase a new motherboard. So, if you still have it you can follow that to be super safe. And if you’ve don’t, there is nothing easier than finding it online on the official website.

If you own an ASUS, MSI or a Gigabyte motherboard, here are the official step by step guides by each manufacturer:

However, problems may still occur even though you do everything the way you were supposed to – the update can still fail if you do it in your OS. In this case, don’t turn off your computer. Exit the program and try performing: Clear CMOS. If that doesn’t help, you will have to take your PC to a repair shop – they will reprogram or even replace the chip on your motherboard.

I really hope this has been helpful to you. If you have any questions, feel free to leave them in the comment section below and I will be more than happy to help you out.