Gaming on a laptop is no longer the joke of the PC gaming world. While in the past, it was clear that laptops couldn’t deliver the same levels of performance found in a custom-built desktop, that just isn’t true anymore.

Gaming laptops now include full-featured GPUs allowing them to rival even the beefiest of desktops. If you’re looking to get one, though, then you’ll want to figure out how much you should spend on a gaming laptop.

How Much Should You Spend on a Gaming Laptop?

We recommend you spend anywhere between $800 and $1500 US dollars on a gaming laptop. Gaming laptops range from low to high tier, but we find that the mid-range options tend to offer more than enough power to run just about any game comfortably while lasting a good number of years. Laptops that cost lower than $800 don’t generally offer enough performance to run the latest games. On the other hand, above $1500, you’re usually paying for flashy designs, RGB, and overpowered components that you’re rarely ever going to put to full use. 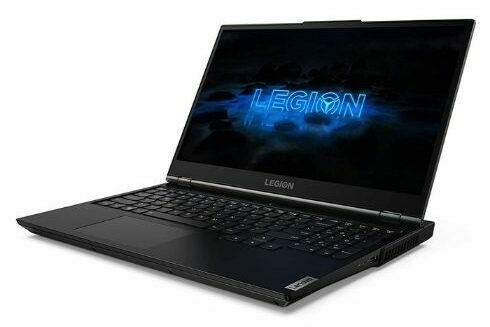 Laptops going in this price point include either a previous gen AMD or Intel CPU as well as a 6 – 8 GB VRAM GPU such as the Nvidia RTX 3050 or AMD RX 6600M (yeah, we see the M, but it’s still a great piece of kit). Both of these configurations can run most games at 1080p on high settings and maintain 60 FPS.

These features make laptops in this range especially worthwhile for anyone on a tight budget, looking to play less graphically intensive games, or just doesn’t care too much about turning on ultra settings in AAA titles.

If you’re into games like Minecraft, Fortnite, most MMOs, or indie games, then you can save some dough while still enjoying a great gaming experience. Now, if you’re willing to spend a bit more, then you’re hitting the sweet spot for gaming laptops. 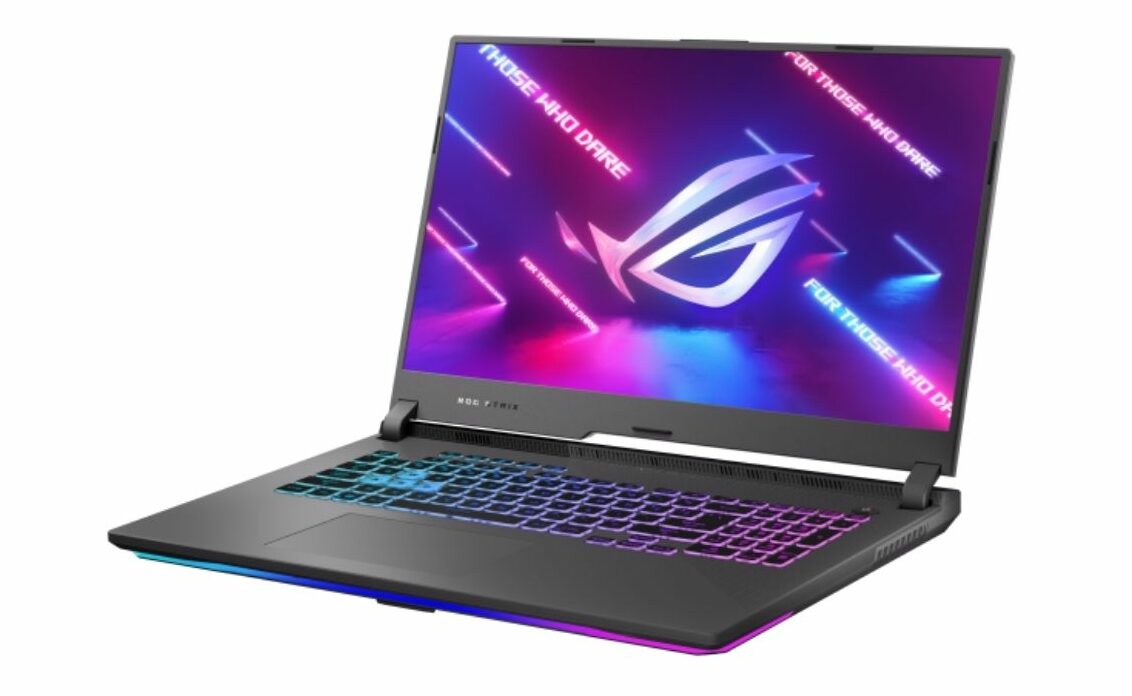 Generally speaking, spending $1200 – $1800 on a gaming laptop should provide a solid mid to high-tier machine that will last for a long time. When it comes to how much should you spend on a gaming laptop, we’ll always recommend options that you don’t need to be replaced every single year when the new model comes out. We’re looking at you, Apple.

You can expect gaming laptops in this tier to break away from the 1080p resolution display standard, with most hitting 1440p and some (if you get them on sale) featuring full 4K. Now, this is where the tricky part comes in.

When one of our writers began looking for a new gaming laptop in this range, they bumped into all sorts of configurations. Some had 1440p resolution screens but just an RTX 3050. This GPU could potentially run something like Dota 2 at 1440p / 60FPs consistently, but it wouldn’t even get close to running something like Resident Evil Village at the same level of performance.

Circling back to specs, the laptops in this range will typically exceed 4-core CPUs (with some featuring 6 – 10 cores) as well as GPUs with 6 – 10 GB of VRAM. This adds up to a more consistent experience even when playing performance-heavy titles, including those of the AAA variety.

If you’re looking for a machine that can run just about anything and do so for years to come, this is definitely the tier for you. However, if you read about those specs we just listed and thought, “why should I settle for mortal aspirations when I can be a god?” then the next section is for you. 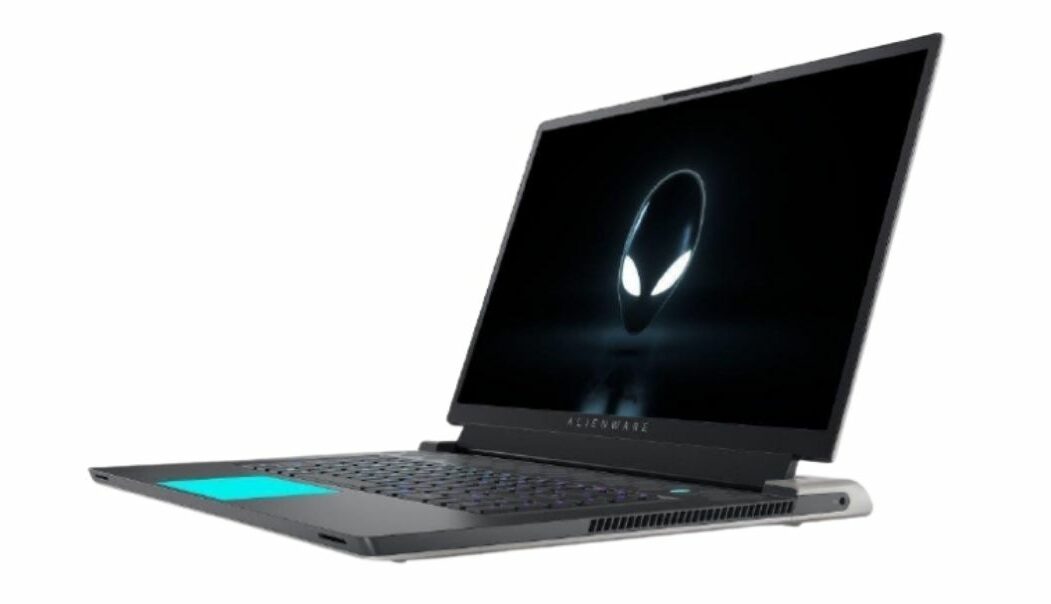 Gaming laptops going for $1800 or higher are considered the highest tier, and some have even been coined “god tier” in terms of performance. If you’re seriously considering a machine at this price, then you’ve saved up and are ready for the Tesla of the gaming laptop world.

These laptops will almost always feature flagship GPUs. This includes machines bearing the Nvidia 3080 Ti complete with 16GB of GDDR6 VRAM! In other words, it has double the VRAM of any other tier discussed so far on this list, and the price is set to match.

These machines are some of the few we’d also recommend turning ray tracing on. Ray tracing (at least at the moment) is heavily CPU-focused. Unlike most graphical features nowadays, it draws a hefty amount of CPU processing power to render its titular rays in the game environment. Luckily, machines at this tier eat it right up.

One machine we’ve had our eye on was the Alienware x17 R2 which features a 12th gen 14-core intel chip with a 4.7 GHz turbo frequency. The sheer amount of cores in this chip gives far more ability to process ray tracing without sacrificing the experience with lower frame rates.

This combination of GPU and CPU make gaming laptops at this level far better equipped to tackle graphically intensive games, including future AAA titles, and can even run most of them at a stable frame rate in 4k resolution.

Some other features you’ll begin to notice at this tier include:

As you can see, there’s a lot to enjoy about these god-tier machines. If the question of how much you should spend on a gaming laptop is more rhetorical than a real concern, then this tier is perfect for you!

Let’s get real, though, as even if you buy the best of the best, you may not be getting the laptop that’s just right for you. 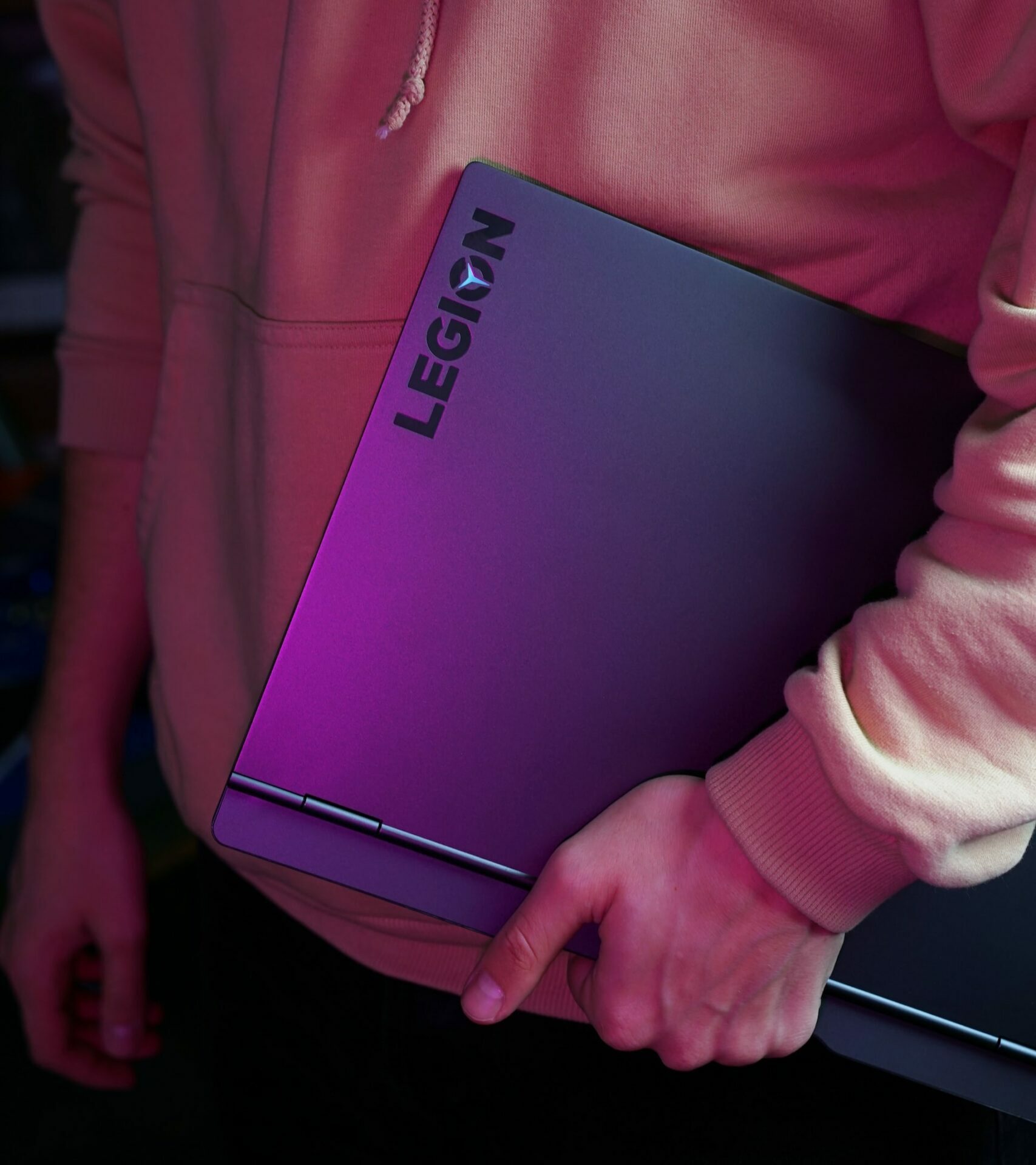 Tips to Find the Gaming Laptop That’s Right For You

Here’s where we get a bit more realistic. While knowing what you can expect from each price point is great and all, knowing what is important for a good gaming laptop is equally as important. Here’s a rundown of the questions we ask when purchasing a new gaming laptop:

When picking a gaming laptop that’s right for you, you should consider whether the games you are planning to play can run on the GPU you’re eyeballing at the refresh rate offered. For example, if you’re looking at a 1080p resolution screen with a 120Hz refresh rate and an RTX 3050, we hope you’re not planning to try and hit 120 FPS on Cyberpunk 2077  on that machine without turning everything down to super low.

This is super important because, as we mentioned earlier, gaming laptops sometimes come with oddball configurations to try and move the product. So, instead, check into the specs of the GPU, then decide if you really need a high refresh rate screen to play your favorite game.

Moving on, an often overlooked pair of components is ram and storage. While the GPU does a good amount of lifting, ensuring your gaming laptop has at least 8 to 16GB of ram will ensure games can run smoothly and your OS won’t buckle under the stress.

Storage is self-explanatory, but as games get bigger and bigger (and developers stop using proper compression techniques), you’ll want at least a 512GB or larger SSD to ensure your games fit and run smoothly.

We spoke about the CPU earlier, and the main draw is anything the GPU can’t handle, the CPU will pick up the slack for processing. We believe in more cores over speed on most occasions as the more cores you have to process the workload, the less slowdown on the rest of the machine as it completes its actions.

Finally, we have reviews. Yep, we just gave you all of this info and told you to go read user reviews. So, gaming laptops have lots of complaints, but the most valid we’ve heard (and experienced firsthand) involve poor sound systems, extremely high heat coming off of them, and of course, fan noise.

Sound, unfortunately, can’t really be fixed too easily, so we recommend getting a nice pair of headphones if that is the only thing holding you back. However, if users are reporting very high temps and fan noise, it should be a reason to pass.

Laptops, unlike desktops, have most of their important parts soldered onto one board. With the advent of the dedicated GPU, machines now have both the CPU and GPU soldered to the board, meaning high heat can cause both to have issues.

We recommend looking for machines that have good airflow or cooling features that vent the heat appropriately. We also recommend picking up a laptop cooler (cooling pad) just in case for longer gaming sessions.

It was a long journey, but here we are. Hopefully, we’ve made it clear that how much you should spend on a gaming laptop definitely differs based on your gaming needs.

Spend $600 to $1200 if you’re looking for a budget-friendly laptop that can play less graphically intensive games.

Spend $1200 to $1800 if you’re looking to play most titles at high settings and have them last for years to come.

And, of course, spend upwards of $1800 (okay, more like $3500), and you’ll have a gaming laptop that will make the gods themselves jealous.

Lastly, we really hope this was helpful to you. If you learned a thing or two, make sure to share this article with your friend on social media. Also, if you have any additional questions, feel free to ask them in the comment section below, and we’ll be more than happy to help you out. We love hearing from you!