Virtual Reality (VR) and Augmented Reality (AR) have been around long before William Gibson’s Neuromancer made it cool to ‘jack in’ to the net. With roots in view masters and even Victorian stereoscopes and stereographs, it’s safe to say that we live in a VR and AR renaissance.

In the past few years, it has become easier and easier to find, purchase, and use VR. The software has reached a point where games are no longer tech demos, with many calling 2020’s Half-Life: Alyx VR’s first killer app: a proof of concept for the tech as a whole.

And when it comes to AR, the technology has become nearly ubiquitous since Pokémon GO first took the world by storm in 2016.

Even ignoring the braying calls of the metaverse, AR games, especially mobile games have become their own niche in the gaming industry with the release of apps like The Witcher Monster Slayer, and even Nintendo trying to recapture that lightning in a bottle with Pikmin Bloom.

Whether AR games and functions will become even more integrated into our daily lives, only time will tell. For now, however, they remain mercifully relegated to Snapchat filters and pocket monsters.

So the question then becomes, how can you play VR games? And therefore, Can your gaming laptop run VR? Running VR games is an intensive prospect too taxing for many rigs, due to VR’s unique graphical necessities and various input functions across controllers, head movements, and even eye-tracking.

So where is that line, and can your rig run them? In this article, we will run through the specs for VR gaming, some methods for testing your laptop, and everything else you need to know to strap on a headset today. 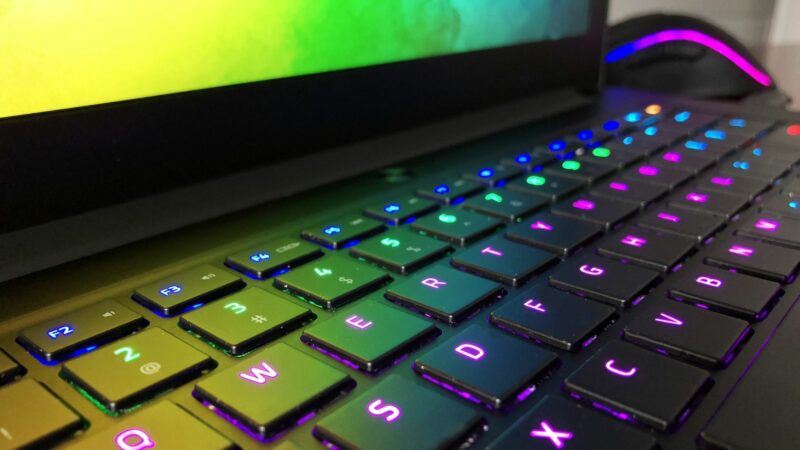 A rig’s ability to process these inputs in real-time while creating a different display for each eye is a more taxing prospect, especially compared to modern non-VR video games.

The major components that will impact how VR runs on your laptop are going to be the same major players for video games namely: GPU, CPU, and RAM. These components are the major drivers of a laptop’s ability to run complicated processes and render intricate graphics. So let’s go over the baselines of what you will need to run VR.

The graphics processing unit (GPU) in your rig is going to be the most important component when it comes to running VR. In the age of graphics card shortages, that might, unfortunately, not be what you want to hear. Fortunately, you don’t need an Nvidia Geforce RTX 3090 to run VR.

Not yet anyway. Though it varies from device to device (we’ll get more into that later in the article) most VR’s require a baseline of an Nvidia GTX 1050, Radeon RX 470 equivalent, or greater.

A GPU allows the VR device to display the multifaceted and two-displayed graphics that come standard with modern VR. That means if your GPU falls below that mark, your laptop is going to struggle even with low graphics settings.

To get around this barrier, especially if you are struggling to find GPUs, pre-built gaming laptops at the $1500 range, will easily clear that mark. And a stronger GPU will not only let you run VR at higher graphical settings but better run any VR at lower ones. 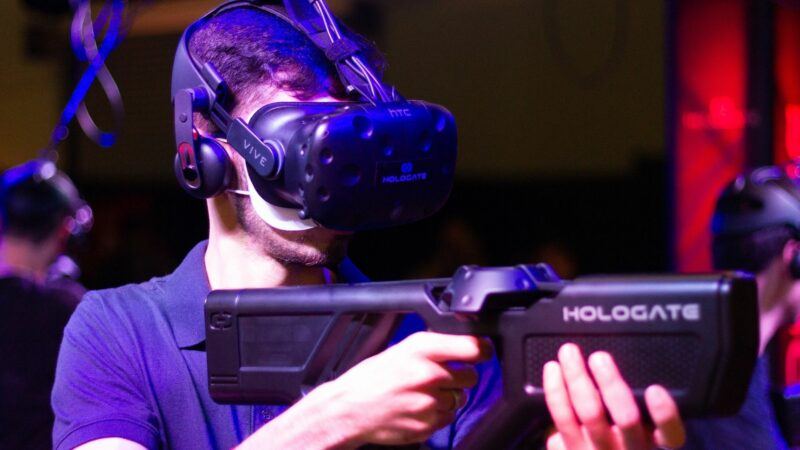 The central processing unit (CPU) is the component doing the heavy lifting in coordinating all of those input functions VR uses. Making sure your frames remain steady across the action is at the heart of what a CPU does for any video game but especially for VR.

When it comes to CPUs, most VR devices require a minimum of an Intel i5 4590 equivalent or greater. In the broadest strokes, you’re looking for quad-core processors or more. That being said, the Oculus Rift specifically asks for a baseline of an i3 instead but that truly is the low-water mark as it comes to CPUs.

Random Access Memory (RAM) is the actual memory dedicated to running VR. Surprisingly, the bar for entry for VR games is pretty reasonable with a general baseline of 8 gigs of RAM minimum. Certain devices ask for even less than that, but like the i3 processors, that is not the norm.

Beyond GPU, CPU, and RAM, another consideration for your gaming laptop’s specifications is the number of ports it has. The push towards sleeker, thinner laptops even in the gaming world has too often left ports by the wayside, so making sure your rig can even connect to your VR device is a key consideration.

In the past, VR devices have required as many as 3 separate USB slots in order to connect and run. That barrier immediately invalidates a lot of gaming laptops on the market today.

That being said, as battery lifespans keep growing and VR devices become more advanced, the number of required ports has mercifully decreased.

These days, the standard setup is a single USB port. That being said, this standard ranges from VR device to VR device. Some use USB-C while others require DisplayPort connectivity.

Because of these differences, it is important to look into the fine print of how exactly the VR device you have or want to use connects to a computer. From there you can find adapters as needed. 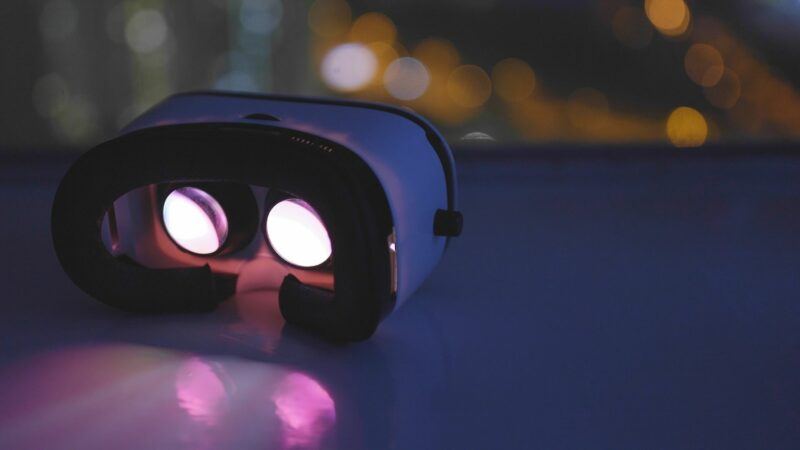 Again, the heavy-lifters for running your VR games are the GPU, CPU, and RAM. That is standard across the gaming world. There are, however, some other components that can help your rig run VR. Installing your VR games on an SSD can notably decrease load time as well as hitching across your games.

That being said, VR games normally clock in at larger file sizes than normal games so clearing out space on your SSD might be challenging.

Another consideration specific for gaming laptops is battery life. VR games on the go can plow through battery life, so staying plugged in might be a necessity, especially when it comes to getting the best FPS, graphical settings, and overall experience.

Without delving into your settings to stop the automatic battery-saving functions that come standard with most gaming laptops, staying plugged in might be your best bet.

When it comes to seeing if your laptop can run VR, rather than look at the specifications yourself, there are several tests you can subject your laptop to in order to ensure that it will run VR smoothly. Most devices have their own test to see if your laptop/computer measure up to running VR games. The most popular VR test, however, is the Steam VR Performance Test.

Steam’s test is a 2 minute VR demo to determine how your laptop will fare in the face of complex VR games. This test can even tell you what component is holding you back from smooth framerates. For reference, here are the system requirements for the test just as a baseline of VR specifications generally.

Or course this is going to be about the bare minimum for VR generally, as well as various device to device, but it’s a nice low watermark if you’re on the fence. 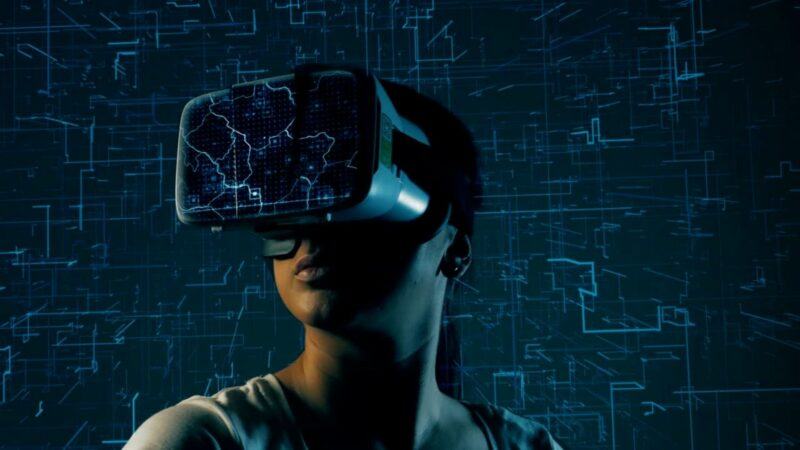 Before we dive into the individual specifications for popular VR systems, we want to address a misconception about compatibility we have seen online when it comes to VR games. That misconception is that laptops are incompatible with VR games versus not powerful enough.

This is a misconception because VR games aren’t different in terms of compatibility than non-VR video games you might buy on Steam or GoG. There isn’t a specific software you have to run, nor a certain type of GPU you need. VR games are just intensive games that require additional hardware, namely the VR headset and controllers.

Modern operating systems, GPUs, and CPUs of any stripe can run VR games if they are powerful enough. Compatibility really only has to do with tech that is obsolete, but even then the major problem would be performance versus compatibility.

So if posed with the question is your laptop compatible with VR games, the answer is yes. The more important question, however, is how does your laptopf fall into the baselines for components outlined above and below.

Facebook’s, that is to say, Meta’s stab into the world of VR is the cordless Oculus Quest 2. It’s a sleek powerful VR device that comes with its own app to help set up and run.

Unfortunately for the non-mac users of the world, Oculus Quest 2 does use USB-C rather than USB ports meaning adapters in order to be able to use it. 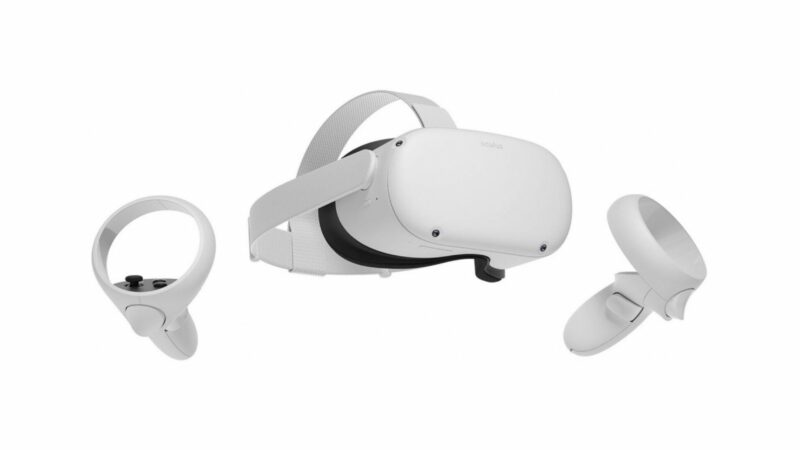 Valve’s VR device, the Valve Index uses ‘base stations’ to better track your movements in-game. While it’s a novel idea, for gaming laptops it means another USB port, which is an important factor left out of its specifications. 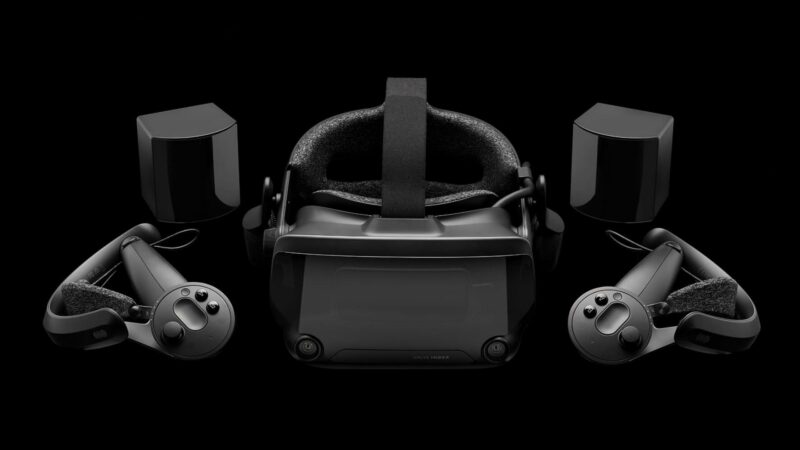 The HTC Vive Pro 2 is perhaps the closest aesthetically we have come to Neuromancer. There is no mane of wires (yet) and I suppose we can be thankful for it. In all seriousness though, the Vive Pro 2 seems to be the most demanding of these generations VR devices recommending a whopping NVIDIA GeForce RTX 2060, AMD Radeon RX 5700, or better. That might be a barrier to entry, especially when it comes to gaming laptops.

Vive actually has several different VR devices on the market right now, each with different specifications than the Vive Pro 2. They are worth checking out if you like the Vive Pro 2 but can’t justify that GPU.

When talking about Pimax, it’s important to note it is the pickiest of the VR device bunch. Not only are certain devices explicitly not meant for laptops, but they are also incompatible with AMD GPUs.

For example, the Pimax 8K X says within its specifications: “Not compatible with laptops. Please use desktop PC,” and requires Nvidia GPUs. These quirks are yet another reason to do some research before you pull the trigger on anything.

That being said, the Pimax 8K Plus has no problem with laptops, but like the Vive, asks for more intensive GPUs. 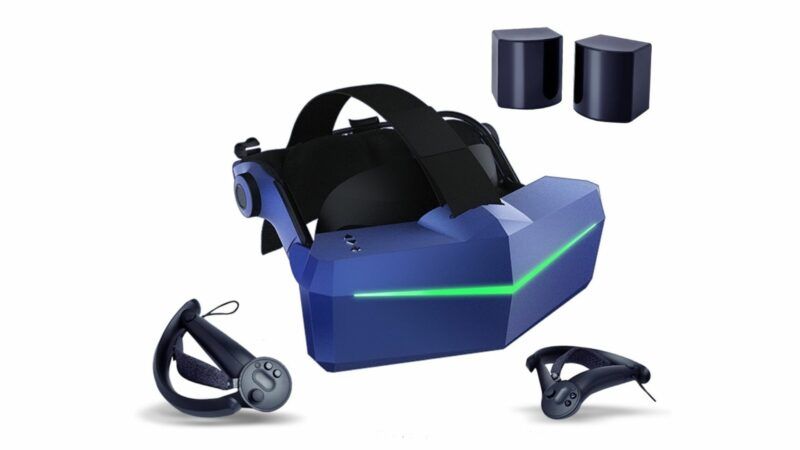 Microsoft’s Window’s Mixed Reality comes with its own portal, and like Vive and Pimax, asks more of your rig than say the Oculus Quest 2. It is also worth noting Window’s Mixed Reality device has limitations with hybrid graphics configurations, with specific steps one must take in order to use hybrid setups on their website. 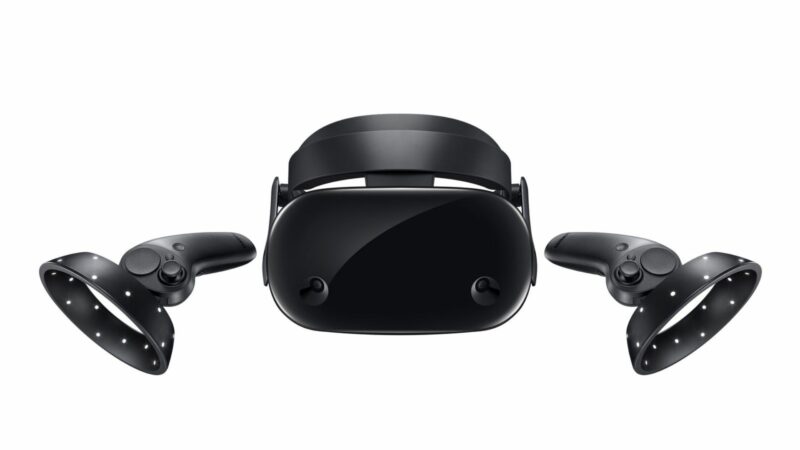 Sony has marked out its prospective corner of the VR world with its Sony Playstation VR device. While the device is specifically meant to be used with a Playstation 4, there are ways to get around that limitation and use it with a PC. Guides like this one let you do it for free if that is what you’re working with.

VR grew up around the motion control craze that came with the Wii. It’s the natural progression of the mechanic, and because of that, we can safely say it’s here to stay. So when trying to break into the world of VR games, simulators, and increasing use in day-to-day life, it’s important to know what these devices require in order to be used.

Nowadays, the majority of modern gaming laptops will easily handle VR games and their higher system requierements. Plus, lower-tier gaming laptops are specifically advertised as VR-ready, so if you don’t want to lose time reading all the requirements, look for a ‘VR Ready’ laptop.

But as always, examining the specifics of how your laptop stacks up to the device you’re interested in is important, and hopefully, we have given you some of the resources to do just that.